Scoliosis is an abnormal curvature of the spine.  When viewed from behind, the spine should appear as a straight line (although there is some front/back curvature.)  With scoliosis, there is also a side to side curve, which can appear as a “C” or an “S”.  Many people have small curves, but when the curve measures more than 10% on an x-ray we call it scoliosis.  About 3% of people have scoliosis!

The most common type of scoliosis starts around the pubertal growth spurt, and can get better or worse over this time of rapid growth.  Once you are fully grown, the curve should no longer change.  Mild scoliosis (less than 20 degrees) usually does not cause any problems, but may make back pain a little more common in adulthood.  More severe curvatures can affect the ribcage and make breathing more difficult, as well as cause an obvious abnormal appearance.

Scoliosis isn’t caused by bad posture, carrying heavy backpacks, or anything else you have done; in 80% of cases it is “idiopathic” meaning there is no identified cause.  However, we think many of these cases are due to genetic abnormalities in the ligaments (connective tissues) of the spine, making them loose or weak.  Scoliosis may run in families because of this genetic connection, and tends to be more common in women because our estrogens make those supporting ligaments loose as well.  A new genetic test can sometimes tell if you are at higher risk of having a curve worsen quickly, so that treatment may be started earlier.

Many schools screen for scoliosis in pre-teen and teenage students, and your physician should check for back curvatures at every physical exam.  While you stand up straight, we look for signs like uneven shoulders, one shoulder blade “poking out” more than another, an uneven waist or one hip appearing higher than another.  We have you bend over, where we may notice one side of the back looking higher than another and can use an instrument, called a scoliometer, to measure this difference in height.

If we notice a significant curve, we usually order x-rays of the spine which are done in several positions.  This helps us accurately measure the curve in different directions.  A moderate curve (25-40 degrees) may require bracing, which will not fix the curve but will help prevent further progression.  This brace is worn up to 23 hours a day until you are mostly grown, not convenient or fun but can prevent surgery.  Most braces are now very light and easy to conceal under clothing.

If the curve measures 50 degrees or more, surgery may be considered to correct the deformity.  Surgery involves straightening the spine with metal rods and screws, then fusing the vertebrae in place with small pieces of bone. Once the spine has healed the rod is no longer needed, but is usually kept in place to avoid another operation.

Exercises and physical therapy cannot fix scoliosis, but can sometimes help with pain associated with the curve. And sorry mom, but sitting up straight also can’t prevent or treat scoliosis. 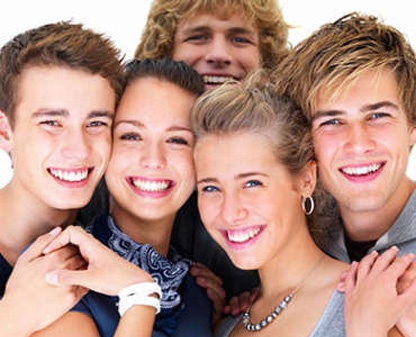 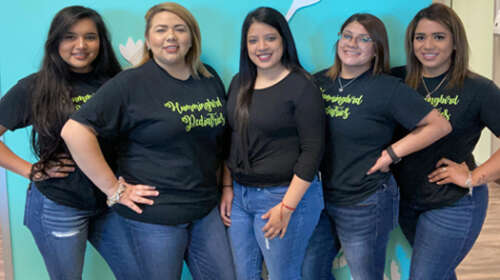 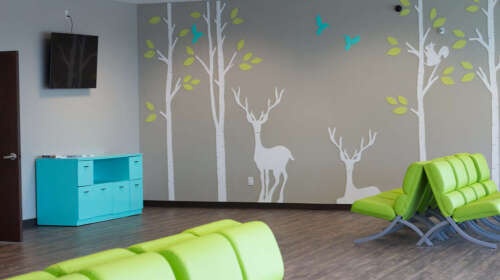